Posted in Blog by admin • No Comments 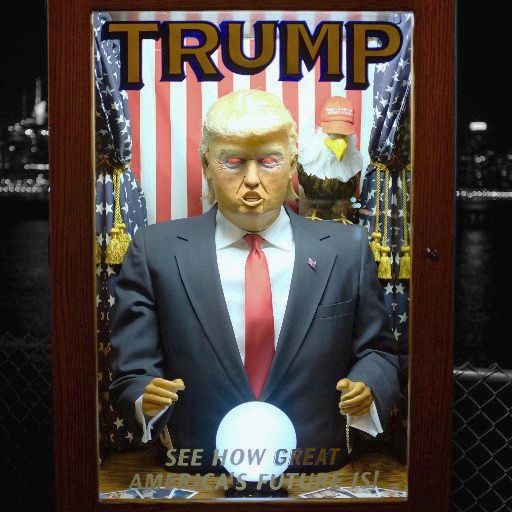 The people behind the idea to build a Trump fortune telling machine came from four artists based in Brooklyn. They took on this project as protest against Trump’s politics. It is said that the machine has over 30 unique messages. If you want a prediction, then you press the red button on the Trump machine. You will hear the Trump doll speak, and also see how the eyes of the doll turn red. At the same time all this happens a ticket distributed. These tickets are called “misfortunes”. 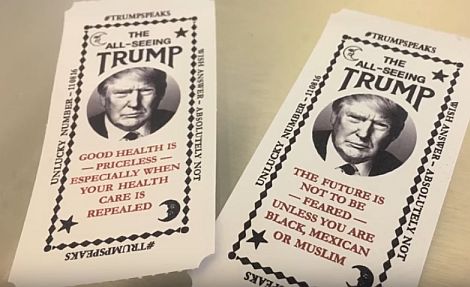 When it comes to the voice, you will probably wonder if it’s the real voice of Mr Trump. It really sounds like him, but it is not Trump’s voice. The machine is actually voiced by the comedian and actor Anthony Atamanuik.

We can’t tell where you will be able to find the Trump machine, except from that it has only been spotted in New York City. It has been seen near Central Park, outside the News Corp building, Columbus Circle, Times Square, just to name a few locations. As far as we know, there is only one machine that is touring the city. For how long…we don’t know, but here is a website that may have some updates.

While the predictions the machine spits out are really exaggerated and sarcastic, we still have to see if any of the prediction will come true in the future.

Sign up for an account with Kasamba and get 3 FREE minutes together with up to 50% off your first psychic reading session.